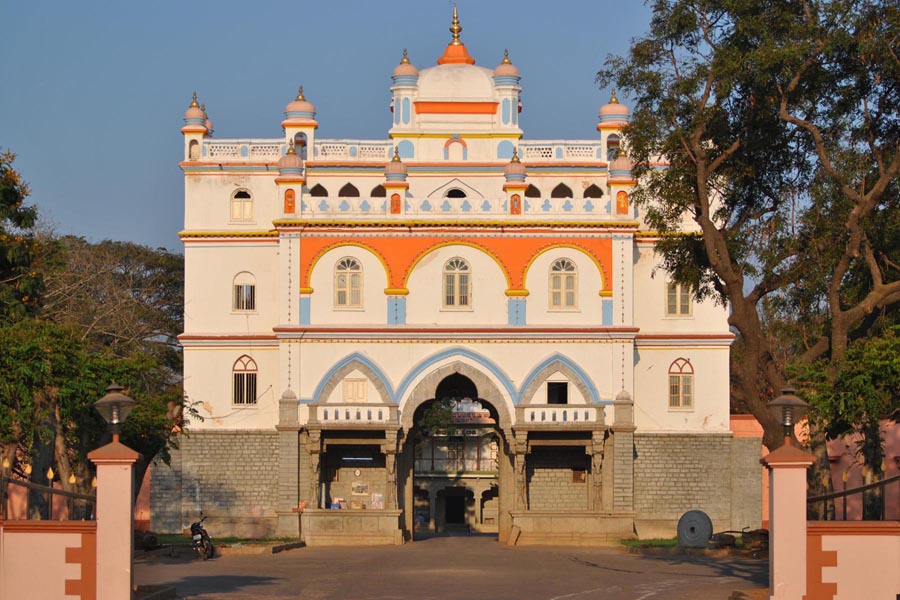 Gurusiddha Swamiji popularly known as Murige Swamiji II succeeded him and remained as the head of Math upto 1729.A.D. He was honoured as the Raja-guru by the rulers Baramanna Nayaka and his son Hire Madakari Nayaka(1721-48.A.D). He was a profound scholar in both Kannada and Sanskrit and had poetic talent. He has so many works in both the languages his credits.The Next succeessors Swadi Channabasava Swamiji, Sirahatti Siddalinga Swamiji, Nayakanahatti(Dodda)Gurupada Swamiji, Murusavirada(Sanna) Gurupada Swamiji, were treated with respect as Raja-gurus by Hire Madakari Nayaka, (Kasturi Rangappa Nayaka II (1748-54 AD) and the last Madakari Nayaka (1754-79AD) the rulers of Chitradurga in the year 1779 A.D.,the heritage of the Math continued. Within two or three decades after the establishment of the Math, hundreds of branch maths were established in various parts of South India, due to the religious influence on the people. The local public began to call the branch maths as "Virakta Maths" and "Murige Maths", to show their devotion.

For these branch maths, the rulers like those of Keladi, Kodagu(Coorg), Sode(Swadi), Harapanahalli, Mattodu, Tarikere, Hagalawadi, Savanur, Sirasangi, Lakshmeswara, Mysore, Ummattur, Punganur, Kolhapur, etc., including Muslim Nawabs and the subjects of all communities showed respect and released so many grants. This clearly indicates the secularism and greatness of the Math. Remarks of two western scholars of the past century and the beginning of the present century are also the clear evidences for the prominence  and the high position of the Math. Edward P. Rice author of " A History of Canarese Literature" states that  "Lingayatism was the state religion of the early Wodeyars of Mysore and of Ummatur from 1399-1610 and of the Nayaks of Keladi (Ikkeri or Bednur) from 1550-1763. Their Principal Matha in the Mysore country is at Chitradurga". Edgar Thurston who made a survey of "Tribes and castes of South India"., writing on the Lingayat Maths has pointed out that "Each Virakta Math is directly subject to teh Murige Math at Chitaldurga(Chitradurga), which has absolutely jurisdiction over all the Viraktas" Starting from Sri Murige Swamiji-I to the present Sri Shivamurthy Murugha Sharanaru, twenty pontiffs have adorned the religious seat of the Math.